On Sunday I took a very long walk with a very old friend. We talked about several things during the course of the two hour conversation, including dogs.

We passed by a couple of dogs that seemed rather friendly and were tugging at their leashes to come and greet this friend. Now, this guy is an animal lover and photographer, and spent the next twenty minutes educating me about dog breeds, and about why “indie” dogs are great.

Now I don’t know if it is a coincidence that at around the same time we were taking our walk, Prime Minister Narendra Modi was on his radio show Mann Ki Baat extolling the virtues of Indian dog breeds.

“Their purpose is to make Indian breeds better and more useful. Next time when you think of keeping a dog then you must bring one of the Indian breed dogs home. When self-reliant India is becoming the mantra of the masses then no area should be left behind,” Modi said in his monthly Mann Ki Baat address.

In any case, the reason indie dogs are preferable to pure breeds is that the latter go through a whole load of inbreeding. You must be aware of this common “doubt” about the Old Testament – Adam and Eve had two sons Abel and Cain. Cain killed Abel. How did Cain then propagate his genes?

If you believe in evolution, this isn’t much of a joke – it can be simply assumed that Cain found a near-human species to propagate his genes with. If you don’t, there is a bit of a, er, problem.

In any case, the way dog breeds are created (over several generations) is that dogs that possess certain traits (over and above their friendliness to humans – which is what makes them dogs and not wolves) are interbred. This desirable trait gets a wee bit stronger. In the next generation, another pair of dogs that have this wee bit extra of this desirable trait get interbred. And the process continues.

Now, it’s likely that if you take a boy dog and a girl dog who both have a high degree of this desirable trait, they share a fair bit of their ancestry. So within a few generations of starting the breed, you will have a fair degree of interbreeding.

It’s a bit like the royals of the Middle Ages – thanks to their insistence on preserving their blue blood, they only wanted to marry other royals. Soon, they ran out of royals to marry, unless they married their aunts and cousins and nieces that is. And that’s precisely what they did.

And so you had emperors such as Charles II of Spain who “was so ugly he scared his own wife”. 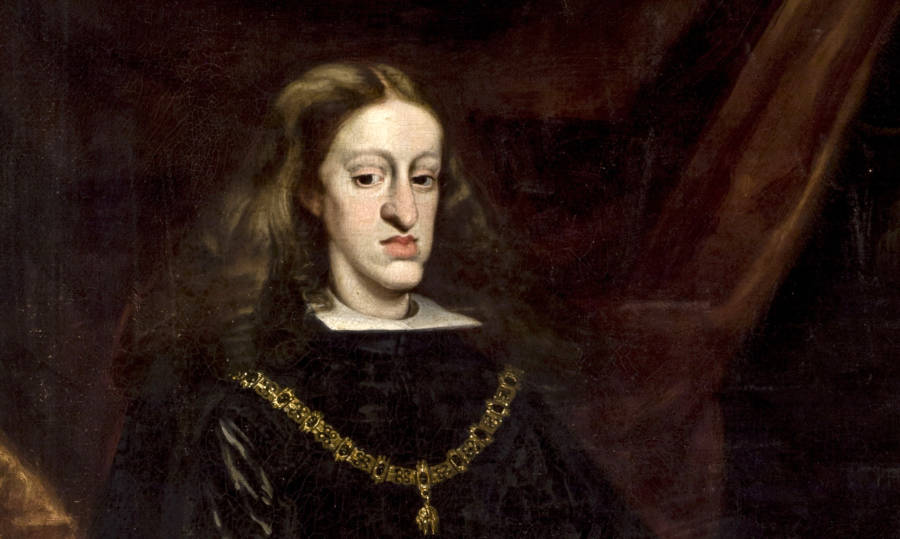 Charles II of Spain could barely walk because his legs could not support his weight. He fell several times. Marie died in 1689 without producing an heir for Charles II. The Spanish monarch was depressed after his first wife died.

Depression was a common trait among the Habsburgs. So was gout, dropsy, and epilepsy. The lower jaw was the kicker, though, as it made Charles II seem stunted. His ministers and advisers suggested the next move in Charles II of Spain’s reign: to marry a second wife.

He was apparently the descendant of “16 generations of Habsburg inbreeding”. Now you know why pugs have spinal problems, and why ____ (forget the breed, my friend mentioned on Sunday) have heart issues. Inbreeding, apart from selecting for the desirable traits, also unwittingly selects for some undesirable traits.

In any case, dog breeds are created when dogs with some desirable traits are forcibly mated with other dogs with similar desirable traits by some “higher power” (the human master). In some ways, you can think of dog breeding as similar to arranged marriage – rather than letting street dogs bonk whoever they want, dog mates are carefully arranged in the breeding process.

Now, “being forced to mate with someone desirable by a higher power” – what does that remind you of? Isn’t it like traditional Indian arranged marriage (the sort where you don’t even see your spouse until the time of marriage)? And what do you get when a “higher power” forces arranged marriage upon you for a large number of generations? The caste system, of course.

Now, you can think of this as some Lamarckian quest to create the perfect breeds for humans for each profession (remember that castes started off as job divisions). So if two blacksmiths marry, their offspring will be a better blacksmith. And by thus marrying within the blacksmith community, over a few generations, they will create the “perfect breed of blacksmith” (this applies to all other professions, of course).

Of course, given that a large part of the skill that goes in being good a profession is learned rather than inherited, this inbreeding hasn’t done much to create the perfect breed of human for any particular job. Instead, what it has done is to saddle us with lifestyle diseases.

Having written nearly 900 words, I realise that I’m not alone in comparing dog breeds to caste, or Hinduism. Aadisht Khanna, my friend from business school, had written a blogpost to the same effect a few years ago. That’s enjoyable as well. Read it.