Here are some pertinent observations made by my mother and I in the last few months.

According to my mother, one of my aunts (father’s cousin’s wife) looks like Lucas Leiva. 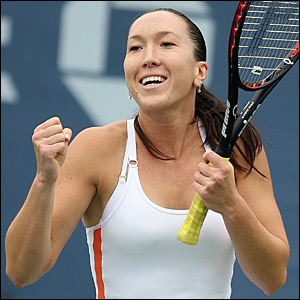 So readers, is this consistent? We are yet to come up with a nice sporting look-alike for the father, but is it “consistent” that one girl looks like camoranesi, her sister looks like jankovic and their mother looks like lucas?

Yesterday, after watching Radoi and Rat headbutting each other, I messaged Baada saying that it’s too funny when people from the same team get involved in an accident, despite it being very painful for the players. A moment later, I realized that I had no right to laugh about these things after I got into major trouble following this accident with

And Baada was right – on an average, same-team collisions have resulted in more serious injury than different-team collision. Remember Waugh-Gillespie? Now i hear Radoi needs eye surgery and has a broken nose. And I remember a couple of such incidents in the English Premier League also, last season, where injuries were fairly serious (warranting substitution at least).

The Romanians have this peculiar character that looks like a T with a tail, and is pronounced as “ts” or “tz”. So Rat is pronounced as Ratz. The coach is Pitzurca. The Czech, instead of inventing a character for this sound, use the otherwise redundant C for these purposes. So it is Rositsky and Tsech.

In yesterday’s post-match ceremony, Ramiz Raja complimented Rahul Dravid for his excellent captaincy. To which Dravid replied “well, I’ve done the same thing that I did in the previous games. Nothing special. You are complimenting me only because we won”. Honest stuff. Rather than simply taking the credit that was offered to him on a platter, he gives what I think is a rational explanation. Rather, I think if he had said “yeah I captained well today so we won” people would’ve said “you lost the last five games because you DIDN’T captain well”. So the way he handled it also helped him take the blame off his captaincy.

Then he goes on to say, “I think luck plays a big part in these games. In every game, you do the same things. Sometimes you win and sometimes you don’t. Today luck was with us so we won” or something to that effect. Read this article by Amit Varma for related stuff..

Where does Nassim Taleb fit into all this? In Fooled by Randomness, he talks about exactly the same problem. I think he uses the example of CEO pay (I’m not sure). And goes on to say exactly what Dravid said – that two people might do exactly the same thing but one guy will turn out to be luckier and he’ll end up being hailed as a significantly better leader. That a small change in luck can have a huge impact on the career

Given Shah Rukh’s affinity for smoking, I won’t be surprised if Kolkota Knight Riders decide to purchase a tobacco firm. Then it’ll be yet another case of KKR being involved in Barbarians at the gate

PS: Today‘s was one of the best games of the IPL so far. A low total defended successfully on a decent pitch. An excellent show of fast bowling, a few run outs, late recovery, bad umpiring (Tiwary had an inside edge)

Some pertinent observations from yesterday’s game between Mohali and Mumbai

Not only have they not won any games so far, the IPL team from Punjab lie at the bottom of the heap when it comes to the fair play rankings too.
Another case of cricket imitating life.

Mumbai Indians I mean. Their team selection so far has been inexplicable, and their tactics while bowling even more so.

1. What can you say about a batting line up where the absolute bunny Ashish Nehra (the only runs i’ve seen him score was the four to win against New Zealand in New Zealand in 2003. That game where Sehwag scored century and rest buckled chasing 199) bats at 9?

2. I’ve been regularly following first class cricket in India for some 2-3 seasons now. At least, I follow the ranji trophy super league, Duleep trophy and deodhar trophy. Who the hell are Musavir Khote, Dhawal Kulkarni and Vikrant Yeligati? What the hell are they doing in the Mumbai team?

It seems like there is some instruction either from Sharad Pawar or from the Maharashtra Navnirman Sena to include a certain number of sons of the soil in the team. Even then, there are sons of the Mumbai soil who deserve to play much more than these jokers. People like Ajinkya Rahane were on the bench while these jokers played.

3. Bhajji’s captaincy was shocking to say the least. He bowls just two overs. Pollock bowls one over short of his quota. And you have people like Khote and Yeligati bowling and gettign smashed to all corners. Clearly, there seems to be some directive to make these guys bowl also.

4. The best thing I can think of is that this whole thing is an elaborate ploy by the team to show that playing just a few stars along with a large number of useless people can do the trick in T20. Yes, Sachin or Jayasuriya might singlehandedly win the odd match for them. But then there are 12 overs to be bowled outside of Pollock and Bhajji. And this is assuming they complete their quota – which may not be guaranteed.

Just so that this doesn’t become a Mumbai Indians bashing post, I’ll also add that it’s a disgrace to the IPL that Rajasthan Royals are playing a guy who won a reality show (Salunkhe). I always knew that team was a bit of a joke but this is too much even by their standards. And I read that ticket prices have had to be slashed by a large amount in Jaipur because no one is turning up. I told you Jaipur doesn’t have a cricket culture.

I’m writing this in the innings break of the first IPL game between bangalore and calcutta. I’ve just witnessed what might have been one of the finest innings in limited overs cricket. Absolutely mindblowing stuff from McCullum. Yet, if at all I’m feeling something, it’s irritation. Despite having watched such good cricket from this man, I feel quite incomplete. There’s something definitely missing.

END_OF_DOCUMENT_TOKEN_TO_BE_REPLACED

Takes a lot of pressure away from the umpire. Right now he has to keep looking down till the bowler bowls and then suddenly jerk his neck up and decide on lbws and caught behinds and bat pads. This jerk of the neck causes considerable strain, and can also present the umpire with a not-so-good angle and the probability of error goes up.

One reason us people in front of the TV get more LBWs right than the umpire is that we are not looking down at the popping crease waiting for no balls. Another thing is that there have been a number of cases where the front foot no ball hasn’t been given (notably in the barbados test in 1997, old trafford in 2001 when saqlain consistently overstepped, and last week when jaffer got out to lee) and outsourcing the no ball decision, either to the third umpire or to a computer would help immensely.

We can have special cameras installed in the ground which only provide a view of the popping crease at both ends. And while the ball is being delivered it’s the job of the third umpire to decide on front foot no balls. He anyways has? no work to do unless he is referred by the on field umpires.

That said and done, we need to develop technology for this soon enough. I suspect some variation of the cyclops used in tennis might come in useful here.

Anyways, I’m reminded of this quiz question in the Shaastra Main Quiz in 2002, where the question was about the inventor of cyclops sitting in his home and watching saqlain destroy England bowling no balls and wondering whether his invention would be useful.

I?m surpised we are not having a ?Challenger Trophy? before selection of the Indian team for the World Cup. For, of late, the BCCI practice before any big tour or tournament has been to have this mindless tournament, named after yet another of those politician-administrators N K P Salve. A tournament where the ?India Seniors? team takes on the supposed second and third string teams, with the intention of providing the 33 best players in the country a chance to show their mettle.